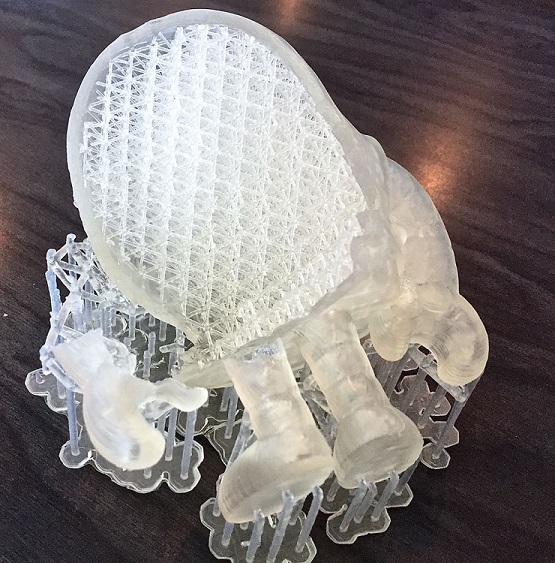 All of you 3D printers and makers, we all have heard of resolution in the Z direction, aka layer size. The layer height determines the smoothness of the 3d printed model. The smaller the layer the smoother the model, the higher the resolution and so on.

But what about the X and Y axis of 3D printers? Something hardly mentioned in most articles about 3D printing. Does the resolution of the X and Y axis really matter?
According to the folks at Fabbaloo the answer is sometimes it does.

” I believe it is, but not for extrusion machines. Instead, it’s important for comparing resin-based 3D printers using photo curable processes.
In these machines, UV (or other) light illuminates a liquid resin surface to solidify a layer. There are generally two approaches to doing so. One approach involves a laser rapidly moving to laboriously trace the layer’s solid portions. The other typical approach is to use a DLP light source to simultaneously illuminate an array of “pixels” on the resin surface.
And this is where X-Y resolution becomes important. Why? Because DLP light sources have a fixed pixel count. The array of light pixels might be 640 x 480, or 1920 x 1080, for example.
Imagine if you shone the 640 x 480 array on a resin surface 100mm wide. Now shine the same pixels on a resin surface only 50mm wide. Are the solidified pixels the same size? No! They are smaller when focused on the smaller surface area.
Similarly, the pixels are larger when focused on a larger surface area.
In this case, X-Y resolution becomes quite important. Essentially it refers to the effective size of the solidified pixels. “

They go on to state that if you are printing something that is finely detailed such as jewelry you probably require a higher x-y resolution. In this case, you would not want to consider a resin printer that has a large surface area unless there are options for it to focus the pixel array on a smaller surface area of which, in fact, some resin printers do.
Disclosure: MakingIt3D.com is a participant in the Amazon Services LLC Associates Program, an affiliate advertising program designed to provide a means for sitesto earn advertising fees by advertising and linking to Amazon.com.