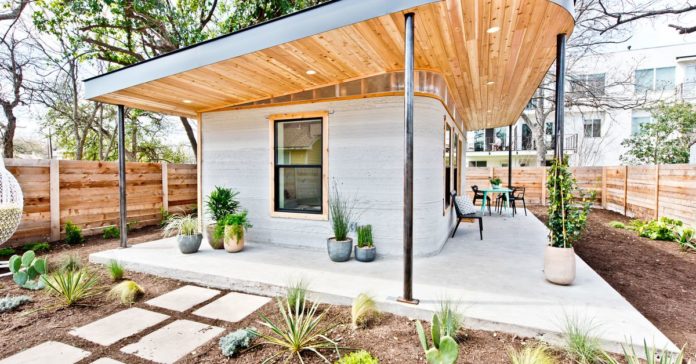 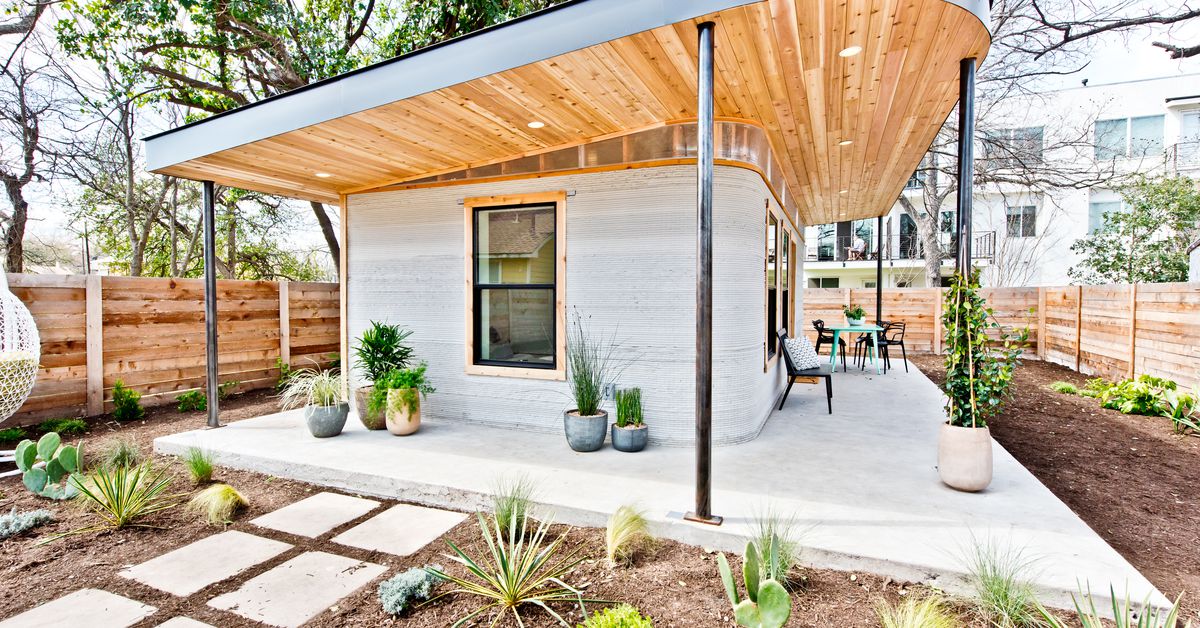 In the back lot of an East Austin house—an early 20th century home repurposed as an office—stands a sweet, tiny house made of concrete and wood. The 350-square-foot home—the first fully permitted one in the nation, was created in about 48 hours of printing time and unveiled in March 2018. The end result is a warm, welcoming, light-filled house with separate bedroom, living, bathroom, and kitchen areas—in addition to tons of charm. The 350-square-foot home–the first permitted 3D printed home in the nation, was created in about 48 hours of print time and unveiled in March 2018. The house was the result of a collaboration between Austin-based Icon, a startup focused on creating new, sustainable building practices to make quality homes accessible to all, and New Story, a nonprofit dedicated to building low-cost homes internationally. In South Austin on Monday, Icon unveiled is Vulcan II 3D printer—an upgrade to the one used in 2018—and announced that it will ship printers to first-end users starting in April. Equally promising is the news that Austin-based Cielo Property Group has commissioned a Vulcan II printer (the very one used in yesterday’s demo) to be used exclusively to print affordable housing locally. 3D-printed Austin house becomes model for affordability