It is no secret that in recent years, as 3D printing has become more affordable for the masses, it is having a large impact on 3D printed prosthetics. 3D printing manufacturers such as Airwolf3D sponsering Print-a-Thons and flash printing events to donate 3D printed hands to those in need have changed the lives of hundreds of people.

Here is an excellent article by techchrunch on the future of 3D printed prosthetics:

The recent ubiquity of 3D printers and innovations in prosthetic design, manufacturing and distribution offer a viable solution for the millions of people living with limb loss around the world. In the United States alone, close to 200,000 amputations are performed each year, yet, with prosthetics priced from $5,000-$50,000, having one can almost be considered a luxury.

Traditionally, the process of getting a prosthetic limb can take anywhere from weeks to months. Because prosthetics are such personal items, each one has to (or should) be custom-made or fit to the needs of the wearer. However, as 3D printers become more affordable, with some available for less than $200, the possibility of anyone being able to design and print a prosthetic limb in their home or local community is rapidly becoming a reality.

To fully appreciate the cost of prosthetic limbs, we can look at the economics of a family with a child in need. On average, each prosthetic has a lifespan of five years, and when considering younger children who are growing every day and are prone to breaking things, more frequent replacements are required.

Once you calculate the price of the prosthetic and its subsequent replacements, the total lifetime cost could place a considerable amount of strain on a family’s finances. Not to mention, it is also almost impossible to get insurance companies to cover that cost annually — CNN recently reported a new Medicare proposal that would limit access to limbs (currently, there are 150,000 amputees in the system).

The democratization of prosthetic design and creation through 3D printing enables millions of people around the world to reap the benefits of the newly popularized manufacturing technology. Open-source initiatives such as The Enable Community Foundation let anyone with a 3D printer customize and create a prosthetic hand. Those on the Enable team, a global network of passionate volunteers, are using 3D printing to give the world a helping hand, and it only costs $50.

Read the rest of the article: The future of 3D-printed prosthetics – TechCrunch 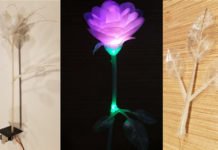