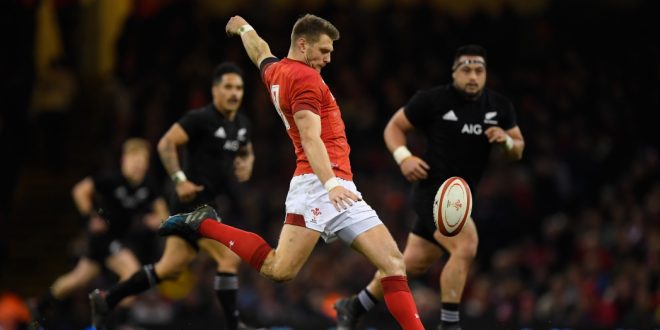 There is much to be said about sentiment,  routine, and habit when it comes to ritualistic game time traditions. From Michael Jordan’s habit of wearing the lucky shorts from his days at UNC (under his Chicago Bulls uniform) at every NBA game to Tiger Woods wearing red shirts while competing on Sundays and not to mention Ralpheal Nadals neurotic on-court habits. There is a science of belief that can affect game outcomes.

This is why experts from Cardiff University, with the help of 3D printing and ninjaflex filament, were called in to help Wales star, Dan Biggar’s when his kicking tee literally exploded after 15 years of punishment.

“My original tee treated me pretty well over the course of my career and it’s the same one I’ve had since the age of 14 or 15 with Gorseinon and Swansea school boys. Leigh would have been in that Gorseinon team. It was the same tee then and anyone who knows me knows I’m a creature of habit.

Using Ninjaflex flexible filament and 40 hours of 3D print time, the folks at Cardiff were able to recreate the kicking tee including all of the original nicks and marks.