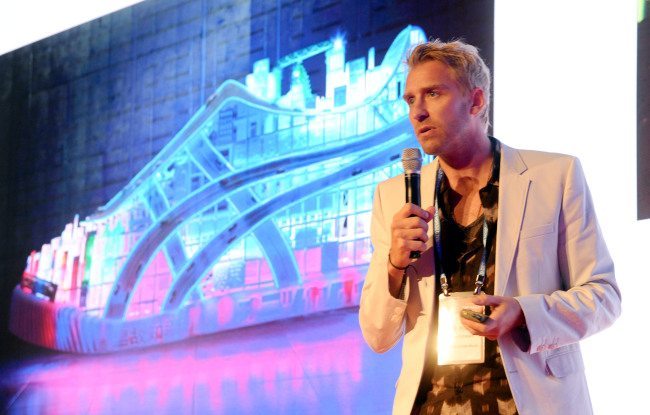 Rumor has it that Janne Kyttanen has resigned from his position with 3D Systems. Janne, a conceptual artist, and designer, is best known for his work in 3D printing. Founder of the “Freedom of Creation” studio and up until now Creative Director of 3D Systems, his work has been exhibited in museums and galleries around the world. Not to mention his time spent as a pro squash player, playing in two different world championships and also two team championships.

Well known for leading the pack in design for 3D printing, his studio, Freedom of Creation, was one of the first to work with in implementing 3D printed designs along with using rapid prototyping to produce textiles. 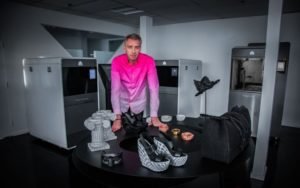 For the span of his career, his work has won numerous awards while being displayed in many museums, galleries, fairs and exhibitions throughout the world.

After selling his companies to 3D systems he spent time learning how things work in the corporate world. The experience of running into roadblocks while working toward bringing new ideas to the consumer side of 3D printing he soon realized that the corporate world was more interested in the industrial side. Taking this as a clear sign there was no purpose for him at 3D Systems he decided to jump ship and start a new journey. A journey to hopefully alleviate some of the roadblocks that do not add value. His new company ‘What The Future Venture Capital’ is working toward taking out the inefficiencies that the corporate world brings.

In a recent interview, he was asked if 3D Printing is overrated in its use for the consumer market.

Yes, at the moment 3D printing is totally overrated . Only a selected few have machines in their homes. I still believe in the industry though. In the last 25-30 years, it has been growing steadily with 25-30% every year. There will surely be more consumer machines, especially now that the Chinese have joined the race and are cutting prices at an astonishing rate. However, it will take a lot longer than people expected.  […]

Click here to read more from this excerpt at fashnerd.com

Check out more of his Lily Light: